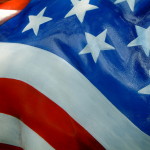 I wept when I went to the black granite Vietnam Wall in Washington, and was moved by the D-Day Memorial in Virginia. If you go to the Balboa Naval Hospital you are impacted. When you know them, when you cared about them, when you see them, when you ache for them and their memories, it leaves a lasting impression. END_OF_DOCUMENT_TOKEN_TO_BE_REPLACED