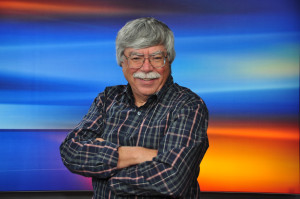 Lee ‘Hacksaw’ Hamilton has built a national reputation as one of America’s top sports-talk show hosts. He has been named Talk Show Host of the Year seven times by the Southern California Sports Broadcasters Association. He has spent his last 26-years doing Sports-Talk Radio in San Diego, and was the first talk show host hired at the legendary 77,000-watt XTRA-Sports-690, and now at 50,000-watt Mighty 1090, hosts the San Diego Padres pre-postgame talk shows. .

He was the popular longtime Radio Voice of the San Diego Chargers, and also did NFL play-by-play for the Seattle Seahawks, and the Compass Media Networks, in addition to his college play-by-play work for the USC-Trojans, Arizona State Sun Devils, San Diego State Aztecs and the Ohio University Bobcats. His NFL play-by-play has been featured at the Pro Football Hall of Fame, in the Hall of Champions in San Diego, and for NFL-Films.

He broadcast the Super Bowl, the Rose Bowl, and the WHA-All Star games.

He has also worked for Sirius-XMs Home Plate Baseball Channel, and did talk shows for Fox Sports 570-KLAC in Los Angeles, and Fox Sports Radio’s network..

He spent 8-years doing hockey for the Cleveland Crusaders and Indianapolis Racers, and 8-years doing Minor League baseball for the Phoenix Giants and the Utica Blue Sox.

An accomplished writer, he was named ‘Columnist of the Year’ by the San Diego Press Club, and has written freelance sports columns for the San Diego Union Tribune, and the SDNN-San News Network website.